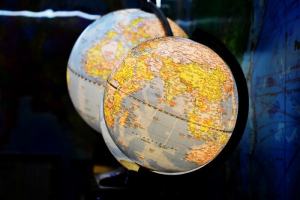 I think that maybe I have been living in my sheltered world for far too long and just not paying close attention to what is happening in the world like I am now, but during my lifetime I don’t remember the world ever being as divided as it seems to be right now. Against my better judgment, I’ve been watching the news again and it has made me realize just how divided not only the United States is, but the whole world. We just can’t seem to get it together. There does not seem to be real unity anywhere. Let me take that back, because some people do seem to be united in extremely negative things like prejudice behavior, bigotry, racism, sexism, homophobia and pure hatred. I’ve said before, I have always been taught that we were all made in God’s image and I think that if God wanted us all to be the same we would be, but obviously he didn’t because it is such a very diverse world that he allows us to live in. I am always baffled by the fact that we adult humans cannot seem to fully accept one another as children do. It seems to me that the things that make us who we are as individuals are at times the same things that divide us. Why can’t we accept that we are all different in so many ways, we’re all of different ethnic/racial backgrounds, educational backgrounds, intelligence levels, religious beliefs, sexual orientation and so much more.

Some people act as if they expect everyone in the world to believe in the exact same things and make all the same life choices as they do, and if you are different from the norm than it is considered wrong. We do not take the time to educate ourselves about that which we do not understand about others. We make people feel like outcasts in our communities simply because we don’t understand their lifestyles. Our world leaders exhibit divisive behavior and make enemies of one another, when they could and should be working together for the good of the citizens in the areas of the world that they are supposed to be leading. Maybe I’m wrong but right now I feel like the children of this world don’t seem to have enough examples of adults working together for good and children are led by example, so we cannot complain about their behavior, because they are emulating what they see adults do.

Rosa Parks once said “People need to free their minds of racial prejudice and believe in equality for all and freedom regardless of race. It would be a good thing if all people were treated equally and justly and not be discriminated against because of race, religion or anything that makes them different from others.” Those are words spoken over 60 years ago during the height of the civil rights movement which unfortunately are still relevant in 2017. I feel like we might just be a bit more divided than people were at the time that Rosa Parks spoke those words. I think there are so many things that we allow to divide us but one thing that we all have in common is that we are human beings inhabiting the planet Earth and in my opinion we should all be willing and able to accept each other individually for who we are, similarities, differences, flaws and all and to be willing to work together for the good of us all.💜

One thought on “A World Unnecessarily Divided #24”

This site uses Akismet to reduce spam. Learn how your comment data is processed.

Life Through My Eyes